Check out our list of well curated 17 cultural experiences ordered by regions. Spain and Portugal are much more than the flamenco music and dance, the bullfights and fantastic beaches and sun! 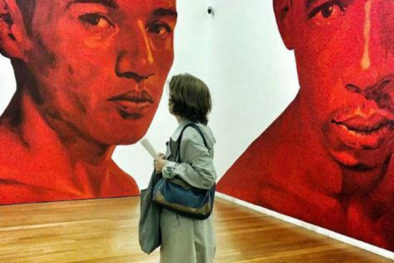 Your local guide will take you on an art tour to discover the streets of Madrid`s famous art district, he will include contemporary history on youth culture and the latest up to date movements. He would like to show you the very special art gallery of Jacobo Fitz-James Stuart from the famous Alba family as part of the experience. 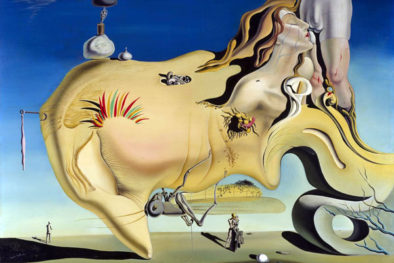 Back in the 20s, a student residence in Madrid came to gather 3 of the most important and recognized Spanish artists of all time: painter Salvador Dalí, poet Federico García Lorca and filmmaker Luis Buñuel. Part of their work has remained forever in the city of Madrid and you will have the opportunity to take a tour through the museums that include the creations of these three artists in their collections. In addition, Madrid has the only urban sculpture made by Dalí, and that can be seen in the Barrio de Salamanca. It also collects curiosities about some of Madrid's spaces that they frequented like the mythical cocktail bar where they use to meet. 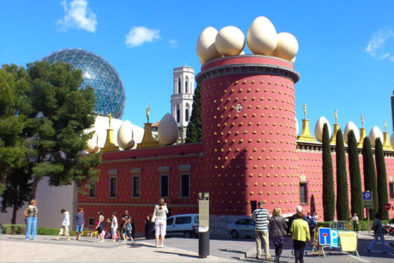 Welcome to the weird and wonderful world of Salvador Dali

What´s is behind Dalí’s famous quote: ‘The difference between a madman and me is that I am not mad’? Discover the essence of Dalí with the visit to The Dalí Theater-Museum collection which will allow the viewer to capture the entire artistic career from (1904 to 1989) through the widest range of works. To travel through its rooms is to travel through surrealism, nuclear mysticism and passion for science. On the way you cannot miss Girona, a jewel of culture and history, with medieval and Jewish quarters and the colorful houses on the Onyar River. 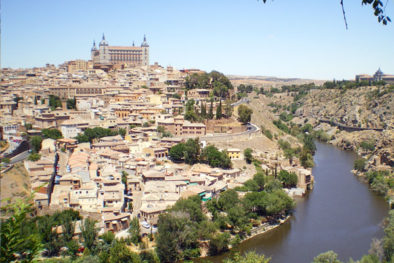 Toledo, the jewel of Spain

Let yourself enjoy "The Imperial City" tour of Toledo, widely known city for having been the main seat of the court of Emperor Charles V, and for being the only city of the world where muslims, jewish and christians cohabited for some years. Complete the experience with the visit to the local cheese farm Majazul and a mazapán Factory Santo Tomé. On the way back to Madrid stop to the wine cellars from Charles III from 18th century in Aranjuez and have a walk through the palace gardens. 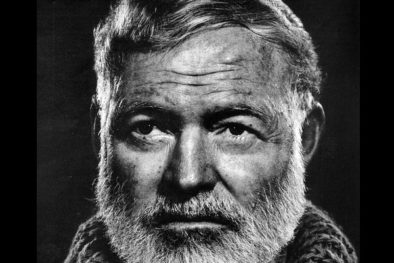 If you are a follower of Hemigway, Pamplona is a must do. Hemingway visited Pamplona nine times, and from the first he fell in love of the streets of the city, bars and cafés, the local food, the bull runs, the bullfight and the happy atmosphere of the fiesta in general. Also was captivated and inspired by the scenery and tranquility of the landscape.This tour recalls and pays tribute to Ernest Hemingway. 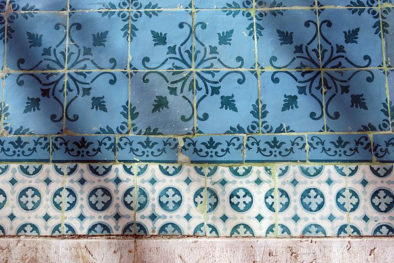 Learn all about ‘azulejos’ (Portuguese tile art) in a tile-making workshop in Azeitão and complete your experience with the visit to the National Tile Museum in Lisbon. The workshop is with an expert tile artist and you will make your own tile to take home. Is the perfect souvenir! 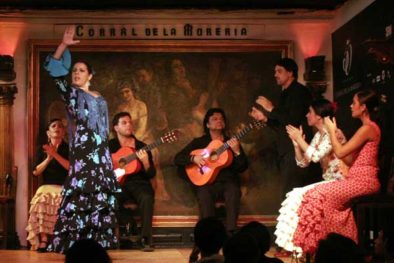 Become a flamenco dancer for a day

If your dream is become an authentic flamenco dancer this is your opportunity. You will meet a legendary flamenco dancer and learn basic steps with him. This activity will be followed by a “flamenco show” dinner experience at Corral de la Morería, the most known “tablao” flamenco in the world. 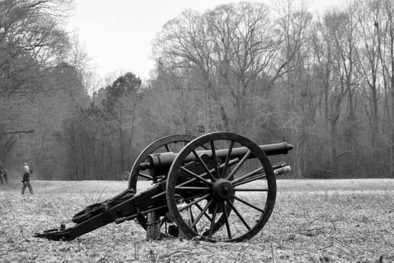 International Brigades and the drama of the Spanish Civil War

Between 1936 and 1939, a terrible war divided Spain. The legitimate Republican government was challenged by a group of fascist officers in the Armed Forces and the fight for control of the capital resulted in a civil war lasting 3 years. In this walk we explore how Madrid defended itself until it fell in 1939, ushering in Franco’s 36-year dictatorship. The story of the International Brigades (the volunteers who came to help the Republic from all over the world), and their contribution to the defense of Madrid is an essential element of this unique learning experience. 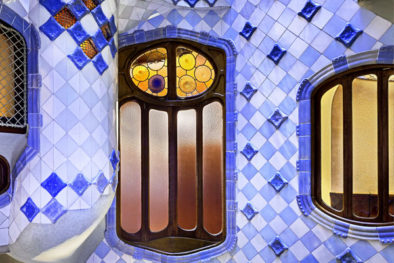 Get sucked into Gaudi's intoxicating mixture of nature, religion, and modernity in Barcelona

The architect Antonio Gaudí is a genius and the city of Barcelona is a living testimony of his genius. For those who wants to know more about his work this is the perfect experience. Not only you will be visiting the Parque Guell, which contains some of the artist’s most original creations,and the Sagrada Familia, which is considered Gaudí’s most ambitious project. Other creations as the magnificent facades at Passeio de Gracia, Casa Milá ( La pedrera) or Casa Batlló or the Palau Güell. A tour full of art where every work is a piece of art singular in the world. 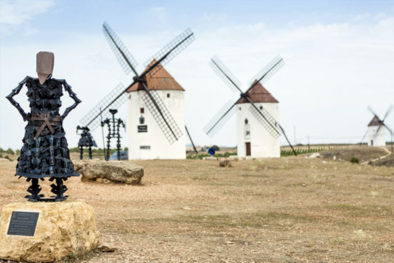 The Way of the Cid

The Way of El Cid is a cultural and historic route that crosses Spain from the northwest to the southeast and includes eight World Heritage Sites of the medieval world on the way. It follows the history and the story of Rodrigo Díaz de Vivar, El Cid Campeador, a famous medieval knight of the 11th century and one of Spain’s greatest characters. He was a literary character and also a historical figure. In addition to history you can enjoy large natural areas and small, very quiet villages with a wealth of heritage. Its diversity makes it a unique opportunity for seeing Spain in a different light, free from cliches. 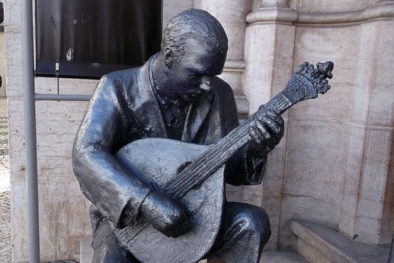 Declared an Intangible Cultural Heritage of Humanity, the traditional Portuguese song is one of the main jewels of Portuguese music. At the Casa da Guitarra, one of the most famous venues in Oporto to enjoy traditional Portuguese music, you will be able to get emotional with their melancholic and deep tone songs, accompanied by the always unmistakable guitar strum All this while you are tasting a glass of Port wine. A perfect evening in the city of the Douro! 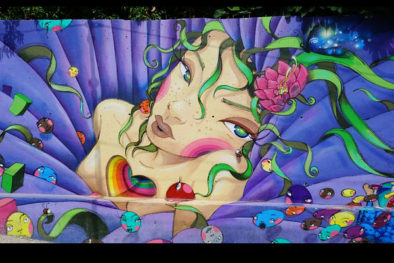 Passionate about photography? See Lisbon through the eyes of a photographer is the perfect experience for you. Visit historic districts such as Baixa, Chiado, and Avenida Liberdade and capture the essence of the city. Learn tips and techniques for capturing street photography as you wander the streets of Lisbon and capture memories to complete your travel photo album. 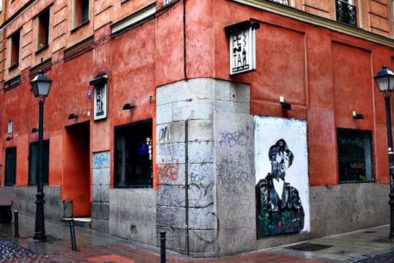 Feel the 80's through this Movida tour in Madrid

Spain went through a counter-cultural movement during the first years of the Transition or post-Franco era. This movement was born in Madrid's most alternative quartier and spread out to other provinces under the generic name of the Movida. Walking with a historian and touring the pubs (now almost museums) of the area is a very special connection to Spanish history and the European culture of the time. Our guide knows every single person in the quartier and will make you feel like local. 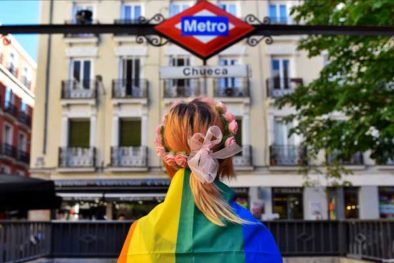 Discover Madrid through the eyes of the most acclaimed film director. Know the streets, monuments, bars and urban spaces that have captivated your eyes, and feel protagonist of his films. In this tour, you will remember scenes, characters, and parliaments along a fun and moving ride. 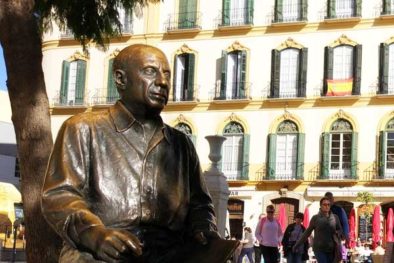 The bohemian Barcelona of Pablo Picasso

This route will take you to such unique places source of inspiration for Picasso´s work. Explore Picasso’s Barcelona in depth ss you walk, discover the bohemian Barcelona of the late 19th and early 20th centuries where Picasso lived during his youth through anecdotes about his friendships and the events that influenced his life and artistic career, and end the tour with a visit to the Museu Picasso, a key museum if you want to understand and find out about the artist's formative years and development. The museum houses more than 4,000 works which make up the world's most complete collection dating from Picasso's early years. 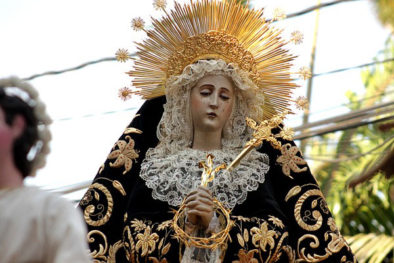 Jewish heritage tour in Porto with a sociologist, who has a vast knowledge of Jewish history and culture. Visiting the old jewish quarters while you get to know the history of Jews who lived in Porto. A visit to the Mekhor Haim Synagogue can be arranged. We will also pass through the medieval Judiaria de Olival, where a closed Jewish Quarter was created in the XIV century. Lots of curiosities and a friendly open-minded guide! 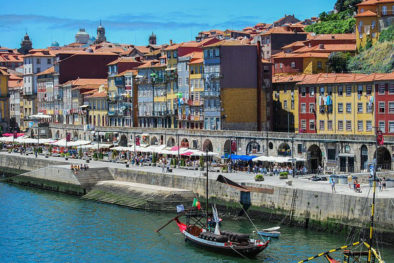 Jewish heritage tour in Porto with a sociologist, who has a vast knowledge of Jewish history and culture. Visiting the old jewish quarters while you get to know the history of Jews who lived in Porto. A visit to the Mekhor Haim Synagogue can be arranged. We will also pass through the medieval Judiaria de Olival, where a closed Jewish Quarter was created in the XIV century. Lots of curiosities and a friendly open-minded guide!
If you want to know more about any of our local culture experiences
Ask us now!

Spain has risen to the top of the world’s foodie destinations in recent years. From tasty tapas to superb seafood and traditional roasts, food in Spain is all about making the most of the best local produce.

If you had to determine a national drink for Spain, no doubt it would be wine. Spending a warm summer night drinking wine and eating tapas in a square is one of the most typical pictures of life in Spain. Used for cooking and drinking and even to throw over people on some local festivities!

Spain is a paradise for adrenaline junkies and outdoors activities seeker. It is important to mention that thanks to the geography of Spain we can do almost any activity. It is not necessary to emphasize the beauty of its landscapes because of that reason it is known as the Green Spain.

`We have to Spanishize Europe´, shouted the Salvador Dalí world back in the 60s. It seems that we have achieved it. Spain has placed itself in the sixth most visited country by Europeans who opt for what is known today as Health Tourism and ranks eighth worldwide.